It’s no secret that digital technologies, especially smartphones, have become a prevalent aspect of our daily lives. This is true for all age groups, including children. As the numbers of people using smartphones steadily rise, eye care professionals are increasingly concerned about the effects of such high exposure to digital screens on eyesight.

A 2017 American Optometrist Association press release warns that despite the general awareness about long-term usage of digital devices being detrimental to the eyes, the average person still spends an average of more than seven hours a day exposed to such devices.

The statistics are eye-opening. According to a fourth-quarter 2016 study conducted by Nielsen, nearly 50% of children between the ages of 10 to 12 have their own mobile service plans. Nearly 66% of children today have their own smartphone. Over 40% of their parents stated their children spend more than three hours daily on those digital devices.

An additional study conducted in 2017 expressed concerns that despite the prevalence of smartphone usage today, “only a fraction” of eye care professionals in the US broached such issues with their patients about digital eye health. Yet, of the surveyed adults, nearly 60% complained of tired, dry, blurry, and strained eyes due to long hours spent in front of computer screens and other digital devices. 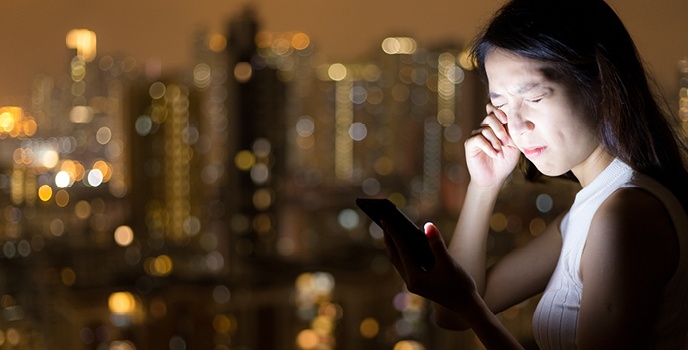 How do digital devices affect eyesight?

As we become increasingly dependent on our digital devices, more evidence is emerging about the negative consequences on our vision.

How is eyesight actually affected?

Not only smartphones cause vision disorders. According to one study, computer vision syndrome has been reported among 70% of computer users, and is now rated as one of the primary occupational hazards today. The American Occupational Safety and Health Administration (OSHA) defines CVS as complex eye and vision problems related to computer use and a repetitive strain disorder. The condition appears to be growing rapidly, with some studies estimating that 90% of the 70 million US workers using computers for more than three hours per day experience CVS in some form. 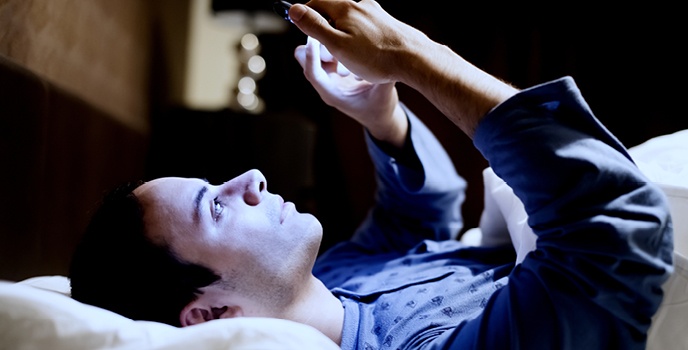 Most individuals begin to experience symptoms of refractive conditions such as presbyopia, myopia, and astigmatism after the age of 40. However, medical professionals have expressed apprehension regarding growing numbers of younger patients diagnosed with digital eyestrain. Recent studies in Japan and Korea, have shown an increasing trend of vision disturbances, including presbyopia, in younger individuals – believed to be caused by overuse of smartphones.

It is perceived that blue light given off by smartphones and other digital devices may prematurely age eyesight, going beyond eyestrain and contributing to otherwise age-related conditions including macular degeneration, myopia (near-sightedness), and presbyopia (far-sightedness).

Children’s eyes change between five and 13 years of age, as does the distance between the lens and the retina. Strain on the eyes during these growing years may have a permanent negative effect on vision.

Children are not the only age group at risk for vision disorders. Increasing numbers of young adults between the ages of 20 and 30 are at risk of experiencing earlier-onset presbyopia. The Masaki Eye Clinic in Tokyo, Japan, is just one location where optometrists have noticed a surge of presbyopia, typically age-related, in this younger age group. Eye clinics in Japan have seen an increase of younger individuals experiencing presbyopia symptoms (from 0.5% in 2012 to 6.7% in 2013).

The number of individuals from Japan in their 30s diagnosed with presbyopia has doubled over the past five years. At the same time, smartphone ownership has increased throughout the population from roughly 40% to 60%.

In the UK, ophthalmologists have seen a 35% increase in the numbers of individuals diagnosed with advancing myopia. This trend is expected to continue. The concern is that up to 50% of this age group (individuals reaching their 30s) may ultimately be diagnosed with vision issues within the next 15 years, due to use of smartphones.

The risk of eye damage with chronic overuse of smartphones and other digital media has increased as digital devices get smaller. Use of small mobile digital devices typically requires an even shorter “working distance” from the eyes. Chronic use of smartphones at this shorter working distance places a greater strain on visual accommodation, coordination, and vergence, responsible for near and far vision acuity. 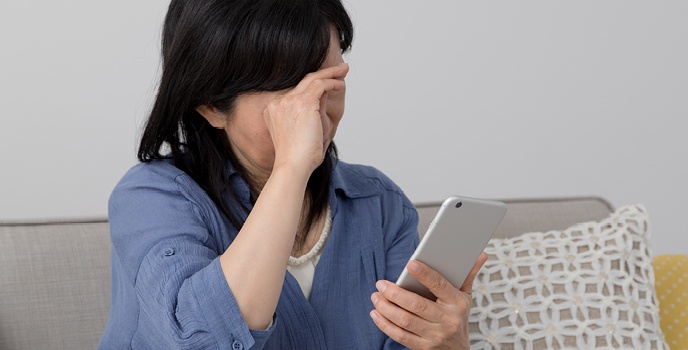 While modern digital devices cause an increase in vision disorders, innovative technologies offer diverse solutions to these problems, as discussed in our previous blog post about solutions for presbyopia. As there is little chance of lowering smartphone usage in the future, the only answer will be to develop technology that has a lower impact on eyesight and/or develop more innovation solutions to treat earlier-onset conditions that affect eyesight.